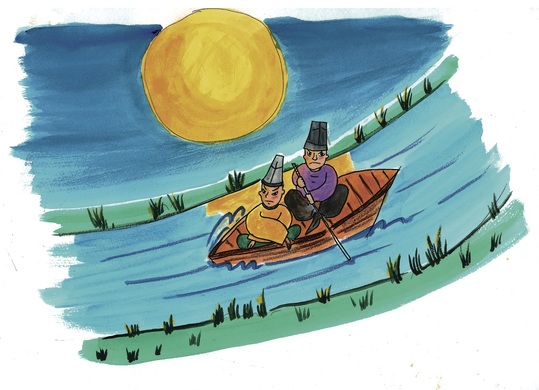 Later, Fujiwakamaru moved to the capital and grew up to become a top Minister.
He changed his name to Fusazaki. Thinking it strange that he did not have a mother,he inquired of his family. But the only thing he was told was that his mother was from Shidonoura. 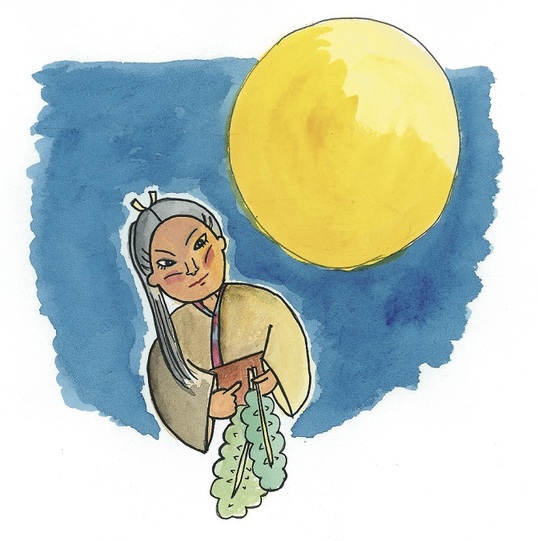 Fusazaki went to Shidonoura and heard from a diving girl about a young woman who long ago had retrieved a stolen jewel from the Palace of the Dragon King,then had died. Fusazaki realized the woman in the story was surely his mother.

"In fact, I am the spirit of your mother," the girl said, whereupon she vanished before his eyes. 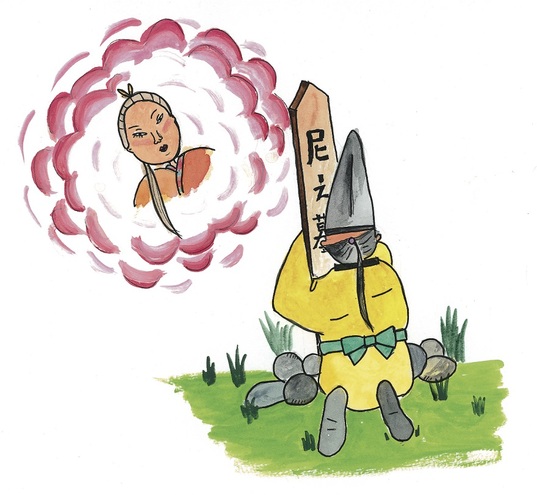 Then, seeing before him a decrepit wooden grave marker, Fusazaki clung to it in sorrow,lamenting the loss of his mother.
Surely her spirit had continued on in misery, with no one to offer memorial services,and the crude wooden marker rotting away. Fusazaki called priests together to chant the sutras and conduct services for the repose of her soul. 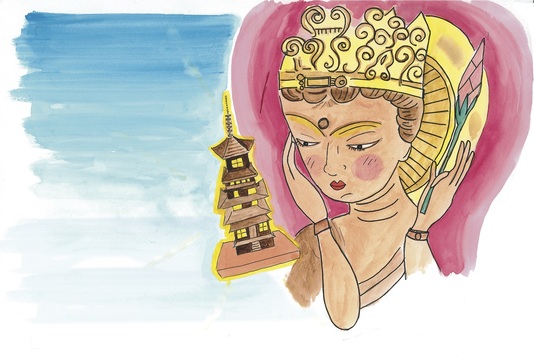 Thereafter, Fusazaki’s mother was finally able to rest in peace.
Transformed into Kannon, the Deity of Mercy, she ascended to heaven.