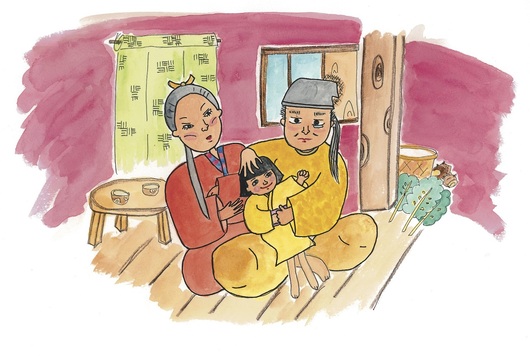 Three years passed and a boy was born to the couple. They named him Fujiwakamaru.
When the boy was two years old, his father Tankai began to suffer regret.
"If I were in the Capital I would be able to provide my son with a more affluent life."
The thought made him cry, his tears spilling onto Fujiwakamaru's head.

Tankai finally confessed to his wife.
"In truth, I am actually a Minister of the central government and the eldest son of Taishokukan Kamatari. My name is Tankai."
Shocked, his wife shrunk back. Then, in abject shame at her lowly status, she grabbed Tankai's sword and tried to kill herself.

But Tankai clung to her, his tears flowing.

He told her the story of how the jewel had been stolen by the dragon and how he had come to this province for the sole purpose of recovering it.
He spoke of how the god of the Kasuga Shrine had appeared to him as an old man and instructed him in the manner by which he could get the jewel back.

"And so, if you will do all you can, I promise I shall inform the Emperor and make certain that our son Fujiwakamaru gains great success as my heir."

Having listened to the details of the story, the woman responded.
"I do not value my life. It is enough for me to know that our son will be the successor to the Fujiwara clan." She had made her decision.
"Rest assured. Some way or another, I shall return with the jewel." Tankai was overjoyed. 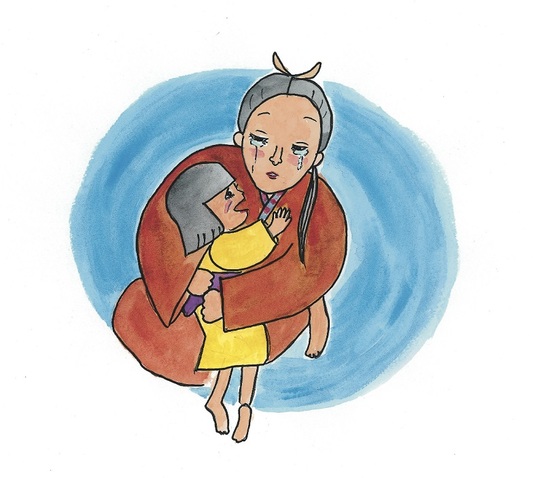 He immediately sent a messenger to the capital and began preparations for the Buddhist service and the court music and dance that would be held there.

Although the Tankai’s wife had made this vow, the thought that she must leave her small son behind and sacrifice her own life brought her sorrow.
She stifled the sounds of her sobbing. Fujiwakamaru, still a baby, smiled innocently as his mother held him to her breast.

The day arrived for the elaborate rites and music. A stage was devised by lining up boats on the water side by side for the many performers of court music.
One after another fish and dragons came from the depths to the surface to observe the festivities with apparent enjoyment. The diver woman boarded a small boat with a long rope tied around her waist.

"Once I have the jewel in hand, I will give a tug as a signal.
When I do, you should pull in the rope."
Thus instructing the boatman, she grasped a short-bladed sword and dove into the sea.

The woman diver headed straight to the seafloor. Grabbing the jewel,she started swimming back toward the surface.

Noticing that something was amiss, the dragon on lookout charged off in pursuit. 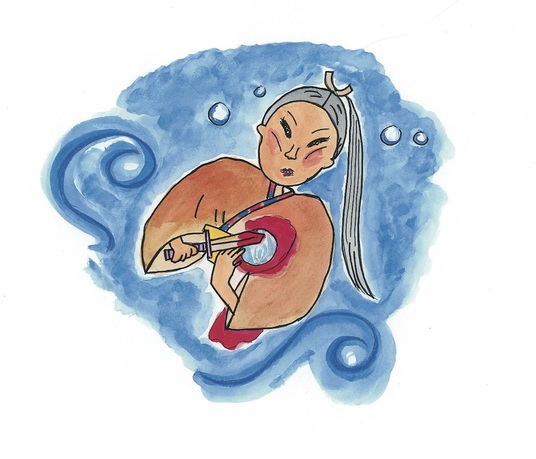 Just as the dragon was about to catch up to her, the woman slit open her own chest with her blade and shoved the jewel inside. 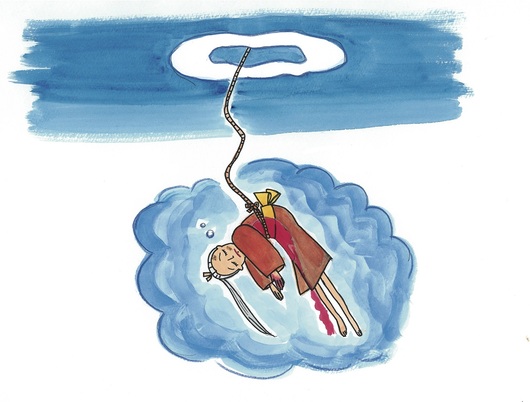 Her body floated down to the bottom of the sea.
Perhaps thinking the woman had run out of breath and died, the dragon did not follow after her.
Sunken to the seafloor, the woman managed to muster her strength and pull the rope.

Rejoicing, the attendants on the surface reeled in the line.
By the time she reached the surface, the woman was unconscious, with wounds all over her body. 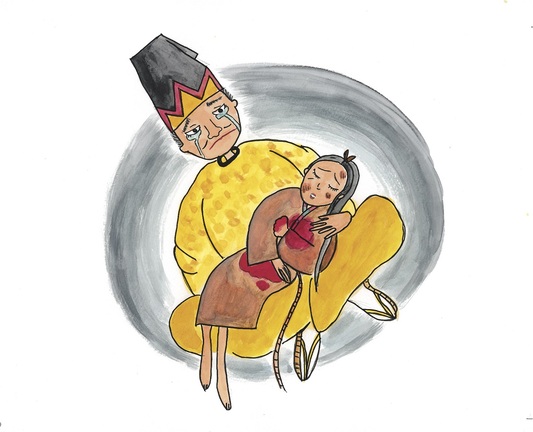 Seeing what had become of his wife, Tankai lifted her frame and cried.
"She was unable to recover the jewel, and she even lost her life."

But, the diver woman spoke in a feeble whisper, "Look within my breast."

Something glittering shone from inside the wound.
Astounded, the people tried carefully to open the gash, but the woman appealed to them,her breathing ragged. "Please wait. Once the wound is opened, I will die.
At least let me first see my son Fujiwakamaru." 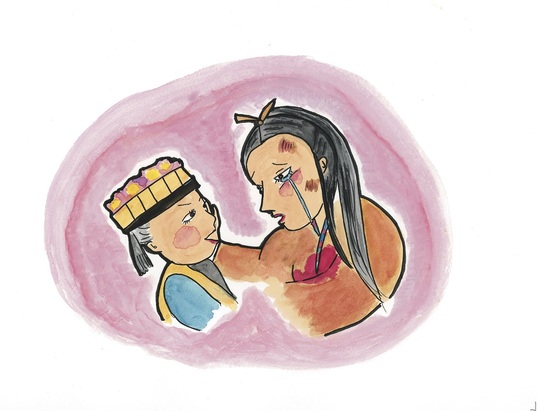 The people brought the boy to her immediately. She gazed at her son.
"My beloved child. I am about to make a trip to the next world.
Oh, please may the gods protect this boy's future." She pulled Fujiwakamaru into her embrace.

Finally she whispered, "This is it."
With the last strength she could summon, she opened the gash with her own hand,took out the jewel, and breathed her last.

The Menkofuhai jewel was safely delivered to Taishokukan Kamatari,and was installed onto the forehead of the Buddhist statue that is enshrined at Kofukuji Temple.
It is said that the story of the diver woman and her son and the Menkofuhai jewel moves the hearts of all who hear it.