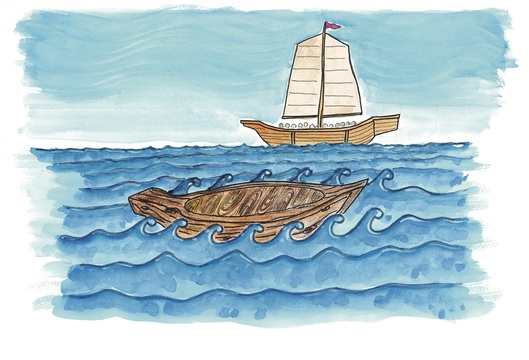 Hoisting their sails, the entourage again set off for Japan.
When they reached Shidonoura in Sanuki Province on the island of Shikoku,they saw a strange spherical boat drifting toward them from the distance. 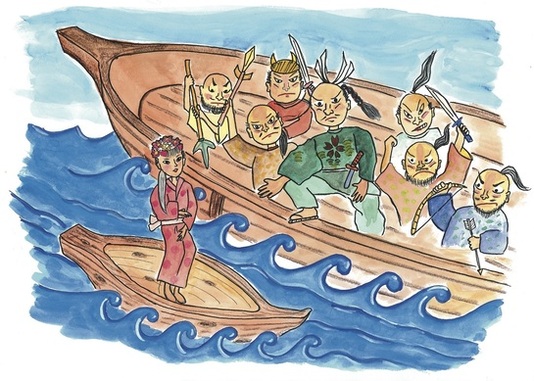 Several people took rods in hand to break open the boat. To their surprise,a lovely princess emerged from within. Some shouted,
"This is surely the work of the Shura King. He has transformed himself into a beautiful woman in order to come back to get revenge. Quick. Kill her!"

When they leapt at her, the young woman wailed.
"All sorts of terrible rumors were told about me, so I was placed in this boat in the Capital to be sent into exile. Please, I beg you to believe me."

Having observed the situation, Manko spoke. "She is but a frail girl. We shall help her. "
They brought her aboard their ship. 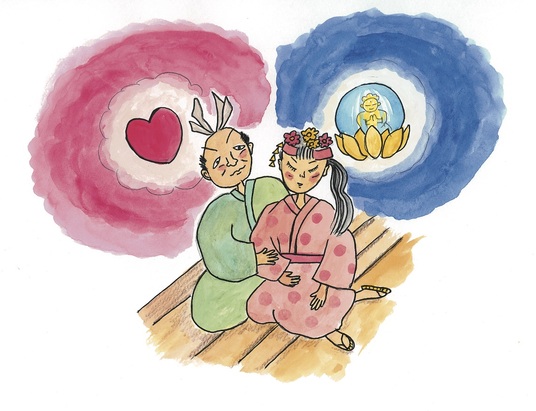 The warrior Manko became entranced with the girl, remaining by her side,never leaving her for even a moment.

After a while, the girl spoke meekly, "If you care this much about me,please grant my desire." When the warrior inquired about her wish, she said,
"I have heard that you have the crystal Menkofuhai on board this vessel.
Please allow me once to worship before it."

Thinking that this would be no problem since they were on the ship,Manko took out the jewel and handed it to the girl.

"It is indeed an auspicious Buddha. And, with this, I shall take my leave of all of you." 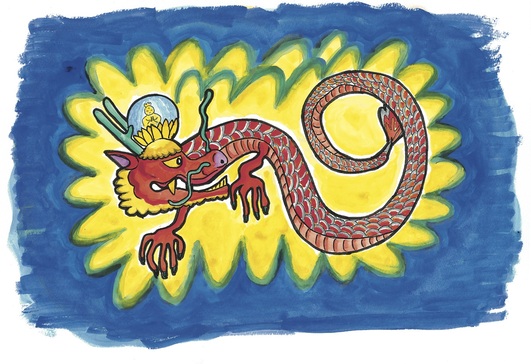 So speaking, the young woman transformed into a serpent more than 30 meters long,plunged into the sea, and vanished.

"I have been deceived!" Filled with regret, the warrior Manko hurried on toward the capital.
Consumed as he was with remorse, he said, "I have no other choice but to explain to Kamatari what happened, and then commit ritual suicide." 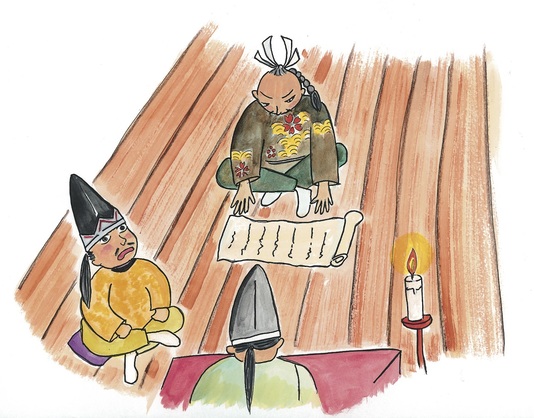 The warrior Manko arrived at the home of Kamatari, relating to him honestly the events that had occurred.

"Thus was the course of my mission," Manko announced as he prepared to kill himself.

Taking pity on Manko, Kamatari spoke.
"This was indeed a terrible failure. But there is also your honor to consider."

In a letter of gratitude to be delivered to the Chinese emperor, Kamatari wrote,
"I have received the three treasures." He then handed it to Manko.

"I am indebted to your grace." Offering his farewell, Manko left to return to China carrying the missive.

Afterwards, Kamatari's son Tankai, thinking what a great disappointment it would be for this story of his father to be passed down to posterity, visited Kasuga Shrine alone in the middle of the night to pray.
"Please, may the stolen jewel be somehow returned to Japan." 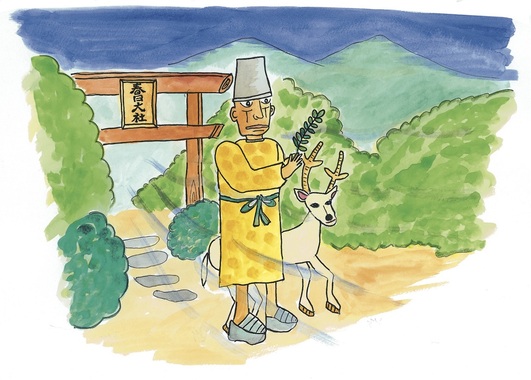 Thereupon, as a breeze began to blow, a god appeared along with a white deer.
"Hurry to the island where the jewel was stolen. I shall be your ally."

Then, in the blink of an eye the deity was concealed in a cloud. 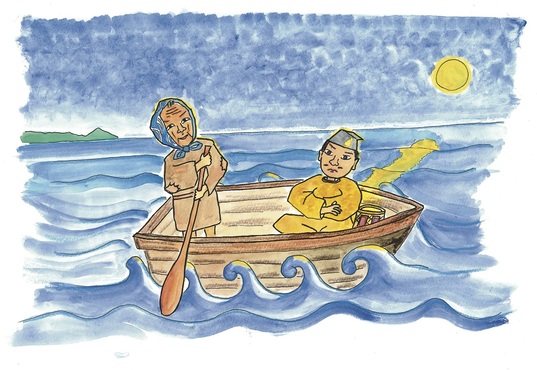 All alone, Tankai headed toward the Province of Sanuki. When he reached the harbor,he found an old man rowing a small boat who took him on board.
He asked the man if he knew the story about the jewel that had been stolen by the serpent and enquired if there might be a way to retrieve it.

The man responded, "You must hold a grand Buddhist service on the shore.
During the moment when the dragons and fish come to the surface of the sea to listen to the music, a woman diver who is skilled at depths may be able to recover the jewel."

When Tankai asked where such a diver might be found, the old man gestured off into the distance.
"The divers live in the village of Amano over there. But failure would mean the diver would become prey for the dragons. Even so, if you were to marry a loving woman with the promise to provide her with a child, and then use your power to make the child successful in the world,
she might agree to undertake the task."

When the boat reached the shore, the old man suddenly transformed into the appearance of the Buddha.
"Tankai, I am the Shining Deity of Kasuga Shrine. From here on, I shall be watching over you."
He vanished in the rising breeze.
Bowing deeply, Tankai left for the village of Amano. 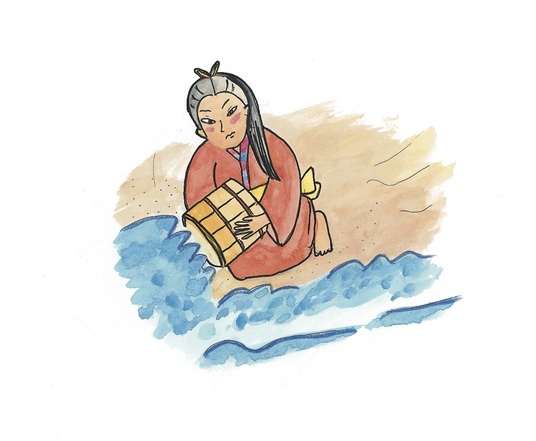 There Tankai discovered a young woman diver who had drawn water and was about to return to her home. He called to her.
"I am a traveler. Please, could you put me up here for one night?" 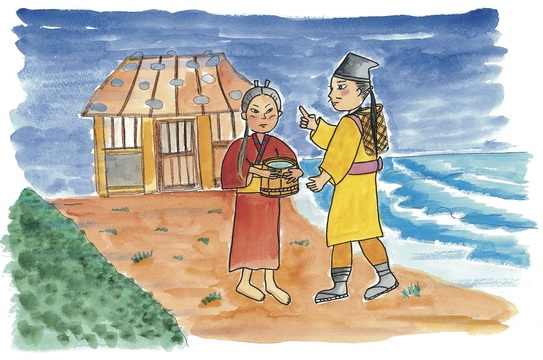 The woman was unsure what to do.

Tankai continued, "I don't think I can walk any farther. I beg you. It is just for one night.
Please give me lodging," Tankai implored.
Feeling sorry for him, the woman led him to her house.
This is how they met, and fate made them husband and wife.